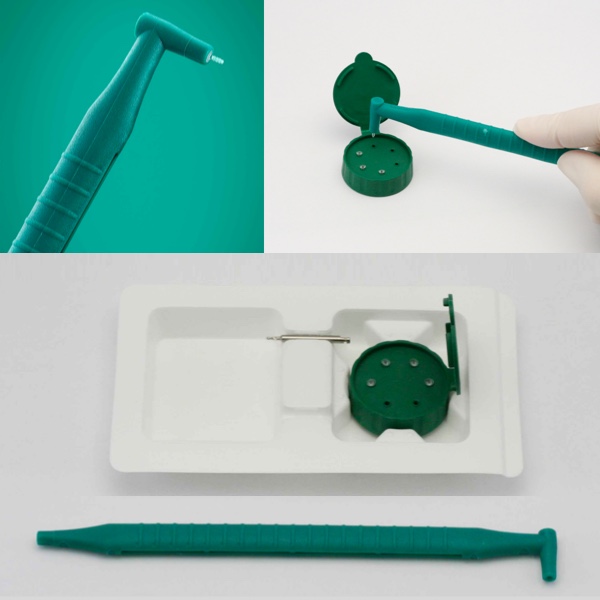 The Inion GTR™ Biodegradable Tacks are made of degradable copolymers composed of L-Lactide acid, D-lactic acid, and trimethylene carbonate. These polymers degrade in vivo by hydrolysis into alpha-hydroxy acids that are metabolized by the body. The Inion GTR™ Tacks are provided in a plastic dispenser and supplied as sterile, single use products. (Fig.1)

Note: Open the video tab to see actual videos for the Inion Tack System, including a technique video.

Fastening a membrane with tacks 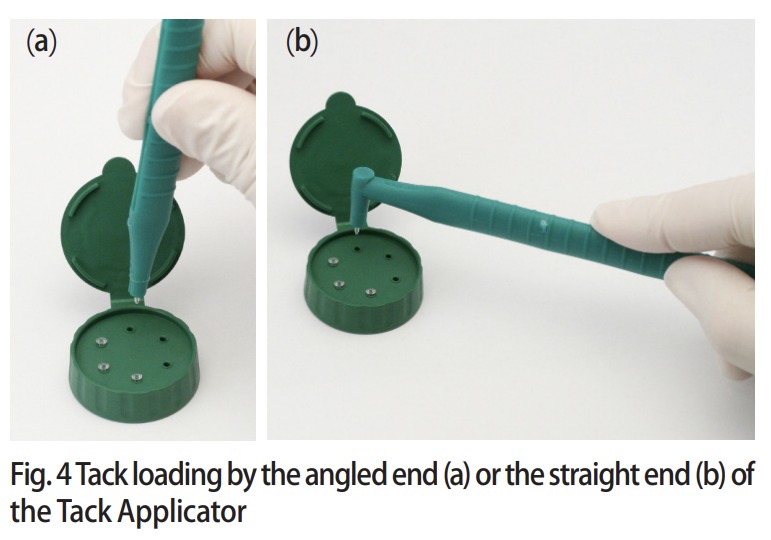 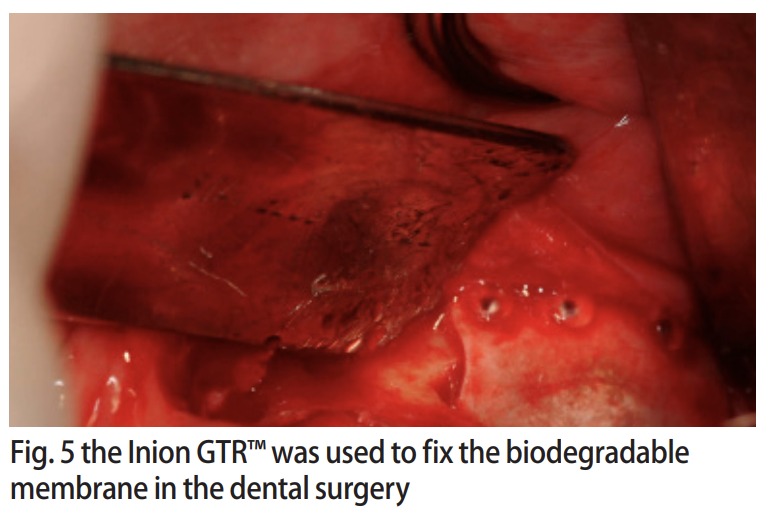